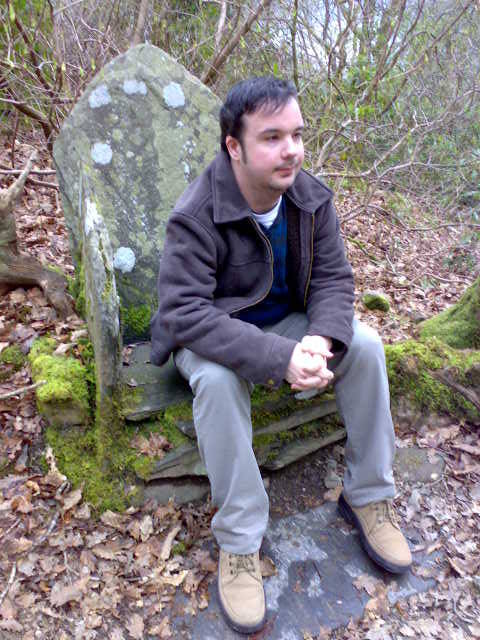 Dr Stuart Eagles is an independent scholar specialising in the work and legacy of the Victorian critic of art and society, John Ruskin. He is a freelance writer, lecturer, and heritage consultant.

He was born in Reading in 1977. Educated at St Michael’s Primary and Meadway Comprehensive schools, he was awarded the Staker Shield of Best Endeavour, the Leonie Smith Trophy for History and the Rose Bowl. He edited the VIth form magazine, The Big Banana.

He studied at the University of Lancaster, and was a member of Bowland College and Graduate College. In 1999-2000, he was Theatre Editor of its student newspaper, Scan.  He attained a first-class BA (Hons) degree in English (with History) and an MA (with distinction) in English Literary Research for which he wrote a dissertation on ‘Anti-Utilitarianism: Ruskin, Dickens and Victorian Political Economy’.

In 2000 he became a member of the Middle Common Room (MCR) of The Queen’s College, Oxford, and served its committee as Welfare Officer. His doctoral thesis, supervised by Dr Lawrence Goldman in Oxford University‘s Faculty of History, focused on Ruskin’s social and political influence in Britain. It was published as a Historical Monograph by Oxford University Press in January 2011 as After Ruskin: The Social and Political Legacies of a Victorian Prophet, 1870-1920.

Dr Eagles gave the Ruskin Lecture at the Bar Convent, York in 2010. His talk on Ruskin and Tolstoy, which marked the centenary of the death of Leo Tolstoy, was published in a second edition in 2016.  He has contributed to half a dozen international essay collections, including The Cambridge Companion to John Ruskin (2016).  He has written papers, book reviews, reports and reference entries for a wide range of journals, newsletters, exhibition catalogues, websites and the Oxford Dictionary of National Biography (see Bibliography). He has served on the Advisory Board of the Ruskin Review and Bulletin, and the online journal, The Eighth Lamp. He has spoken at seminars, symposia and conferences around the UK, and has made several radio appearances. His work takes a particular interest in Ruskin’s world-wide reach, with papers on aspects of Ruskin’s reception in Russia, Denmark, the Netherlands, China, Bohemia, Hungary, Romania and Poland.

He has worked as an assistant at the BBC’s Written Archives Centre and as a genealogist. He was a founding member of the Anglo-Russian Research Network, and led its first meeting at Pushkin House in 2012. He also served as a heritage consultant to The Horsfall, the community cultural hub founded by the mental-health charity for young people, 42nd Street, based in Ancoats, Manchester.  He has copy edited and designed several international antiquarian book catalogues. In a recent collaboration, he was responsible for the technical production of Robert Hewison’s audiobook edition of Ruskin’s The Stones of Venice.

He was Secretary of The Ruskin Society in the early 2010s, and organised its lectures, dinners, outings, and online content.   For several years he was Company Secretary of the Guild of St George. He served the organisation as its webmaster and established its social media presence. He also edited, designed and published the Guild’s journal, The Companion, for six years from 2012 to 2017. In 2016, he was appointed an Anniversary Fellow of Whitelands College, University of Roehampton.

He is currently completing his study of John Ruskin’s Sheffield.